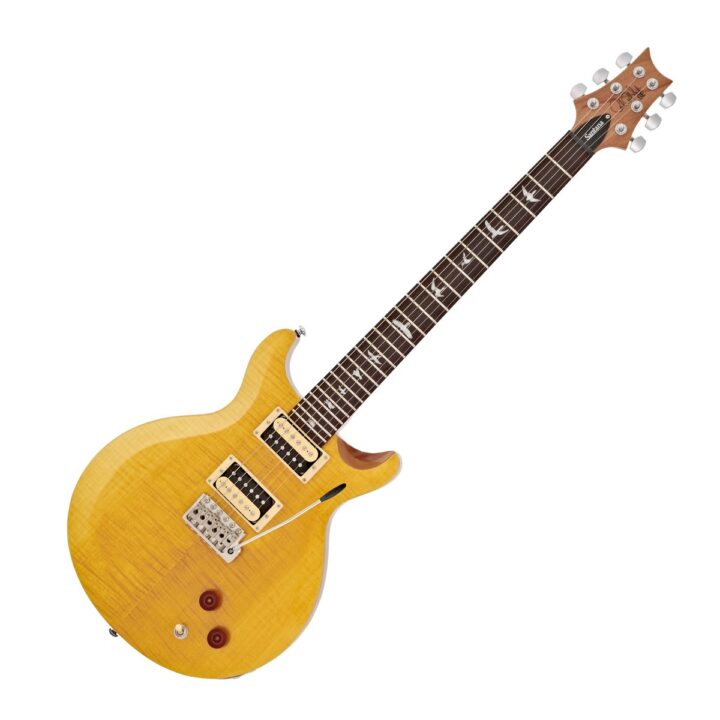 Chris (MD Guitar Mania) says:
Ahhh the SE that started it all. PRS’s first SE guitar and still one of the best. I had an SE Santana in Pewter Silver for years and gigged it loads.
Here at Guitar Mania we are big fans of PRS and we all own one. Whether a USA Private stock or a Tremonto SE, staff member past and present have owned, gigged and adored PRS Guitars. Dollar for Dollar they beat all the competition in terms of feel and quality and this PRS SE Santana is the same.
Looks.
Tone.
Feel.
Value
Seriously good guitar for the money.

Carlos Santana’s influence as a PRS artist led to the development of our SE electric guitar series, which launched in 2001. In honor of that legacy, PRS is proud to offer the SE Santana model. The SE Santana features a 24.5” scale length on a 24 fret neck, the PRS patented molded tremolo, Santana “S” humbuckers, and the same Santana body shape silhouette as Santana’s revered American-made PRS models. We believe this guitar and its appointments honor Santana’s skill and style better than ever and offer players great quality and value.
Latest 2021 / 2022 version
Features