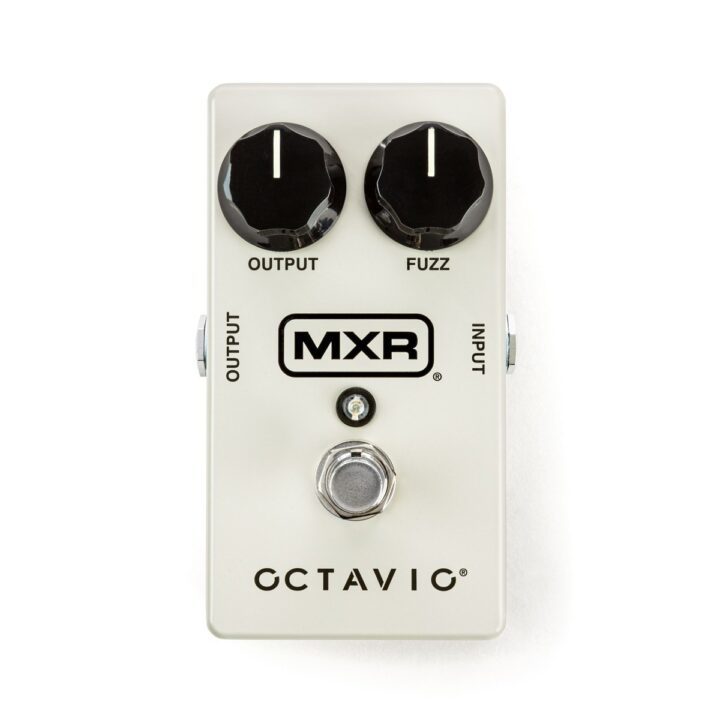 The fuzz that gives you more

The Octavio. A truly iconic sound. And one that was first heard on record in that rather well-known track, ‘Purple Haze’. When it comes to silicon saturation, there’s nothing quite like it. Adding in upper harmonics to the base fuzz tone, the Octavio delivers that signature sound with its own unique flavour.

There are two control knobs on the top of this pedalboard-friendly stomp box. Output, which adjusts your volume, and Fuzz, which adjusts the fuzz intensity. Now you might fooled into thinking that two knobs could limit the amount of sounds you can get out of this thing. But that couldn’t be further from the truth…

Play around with your guitar and amplifier settings, and you can drastically alter the behaviour and tonal palette of the M267. The circuitry inside the Octavio Fuzz boasts a unique design that reacts to your playing too, adding a plethora of touch-responsive potential to your sound. The M267 Octavio is a fuzz that let’s you choose your sound, giving you a near-endless range of sonic possibilities. And it’s all housed in a rugged all-metal enclosure, complete with an On/Bypass LED indicator and True Bypass switching.
Features

The legendary fuzz made famous by Jimi Hendrix himself
Touch-responsive octave-up saturation
Employed by modern players of all styles, from straight-up rock to low-n-slow doom
Simple and intuitive control layout with two control knobs
Output sets the volume, and Fuzz sets the intensity
Your picking and plucking dynamics draw out those signature searing tones
A silicon saturation solution that you can trust