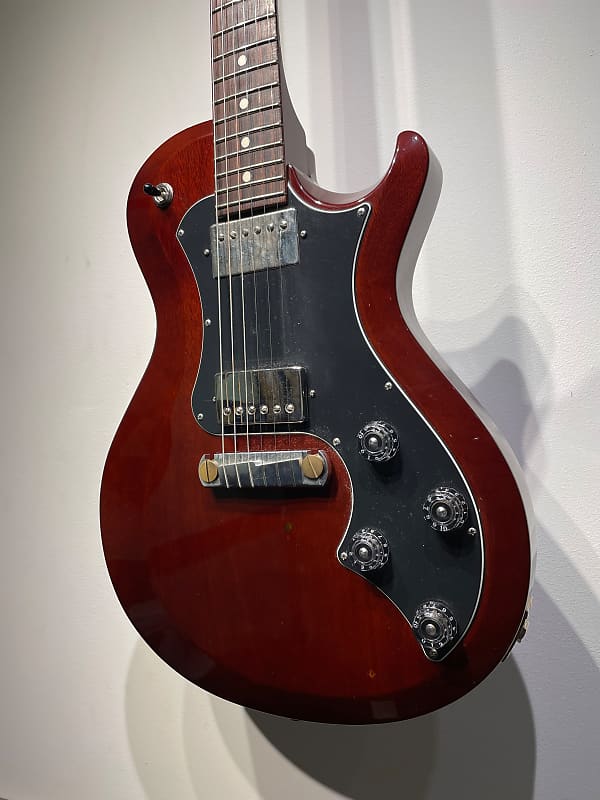 Join Waitlist We will inform you when the product arrives in stock. Please leave your valid email address below.
Categories: PRS, Used & Pre Loved
Share:

Made in USA c2015
NO HARD CASE
But will be double boxed for secure shipping.

This is the more expensive gloss version not the satin.
Being sold for less than the price of the far east SE version!!

Chris (MD, Guitar Mania) says:
“If you have never played a PRS you’ve missed out! Way way way better, dollar for dollar, than ANY Gibson. Better in terms of build quality, feel and tone.
Every single member of staff here at Guitar Mania owns at least one PRS. Every single screw, nut and bolt is just better quality than many other brands. Spread the word! This is a great guitar!!! Your chance to own a USA Made guitar for the price you’d normally pay for a far eastern made one. This guitar has amazing tone and sustain and just oozes blooz appeal.”

Fair condition rated at 7/10.
Some dings, dents and chips on the front. One about 5mm in diameter. Cosmetic only, doesn’t affect playability at all.
Generally a few dings and scratches here and there but overall from a few feet away it looks fairly tidy.

Playability:
This guitar has been lovingly set up by Jon, one of the UK’s most highly regarded and experienced guitar techs.
That doesn’t mean this guitar is the best playing guitar ever, it just means that he has taken the time to set it up. Adjust the action, intonation etc so that it plays as well as can be expected. In this case it play remarkably well for an old guitar.
We all have differing styles and demands from our instruments. Some of us like fast n low actions for fretboard burning licks, others prefer a high n mightly action for show stopping windmills and downtuned heavy riffing and everything in between. No one set up suits all!
This specific guitar has been set up sympathetically for it’s era with a fairly low action, and minimal fret buzzing.
Additional information
Site by Azera Technology
Join Waitlist We will inform you when the product arrives in stock. Please leave your valid email address below.