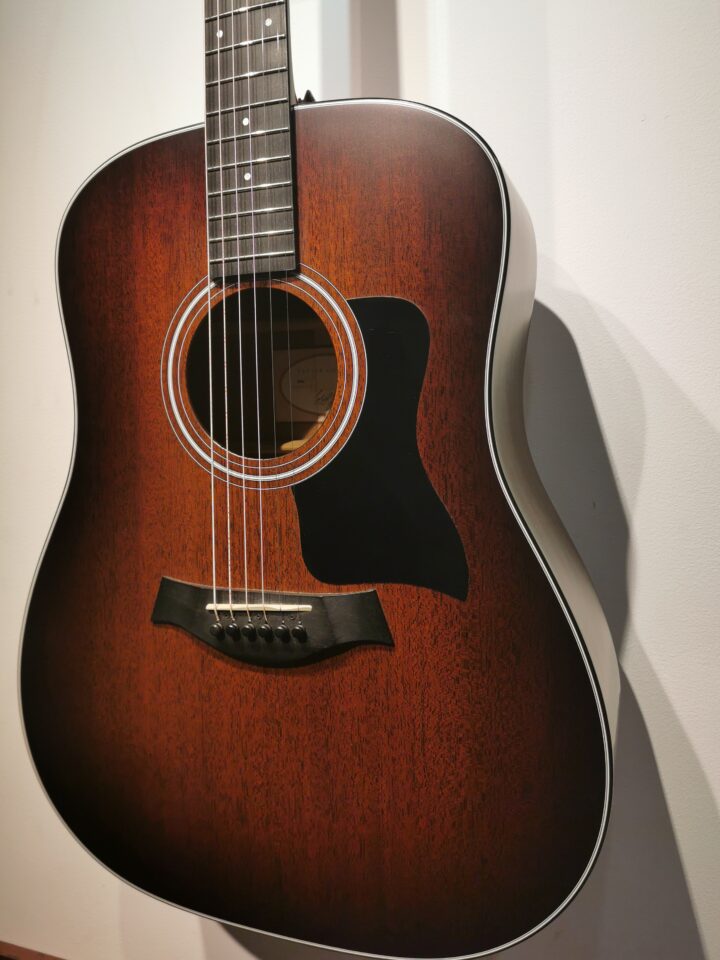 Condition is 9/10 – comes with its Taylor hard case.

The guitar has been serviced by our in-store Taylor tec Jon and plays just as you would expect one of these brilliant guitars to play.

Dreadnought lovers in search of a potent picking partner will likely find themselves drawn to the strong, clear sounds of our mahogany-top 320e. The sapele back and sides share many of mahogany’s tonal and visual properties, and the mahogany top promises a strong, clear response to players with a driving attack, especially in the upper midrange. The non-cutaway design and understated appointments evoke a vintage look. The guitar comes equipped with Expression System ® 2 electronics for a smooth plug-and-play experience and ships in a Taylor deluxe hardshell case.

Body Shape – Dreadnought
Taylor’s refined take on the classic Dreadnought shape produces a robust voice with low-end power, a snappy midrange, and strong, clear treble notes, retaining the essence of the balanced Taylor sound. The guitar will appeal to flatpickers and lovers of traditional guitar shapes and tones.

Top – Tropical Mahogany
As a top wood, mahogany produces a natural compression, so it won’t yield as quick a response as a spruce-top guitar will. A mahogany-top guitar will produce strong fundamentals, with clear and direct focus. It might be characterized as having a woody, dry tone.

Body Wood – Sapele
Sapele’s tonal output is consistent and balanced across the tonal spectrum, making it compatible with a diverse range of playing styles. It’s comparable to mahogany but its higher density tends to produce a slightly brighter sound with more top-end shimmer.