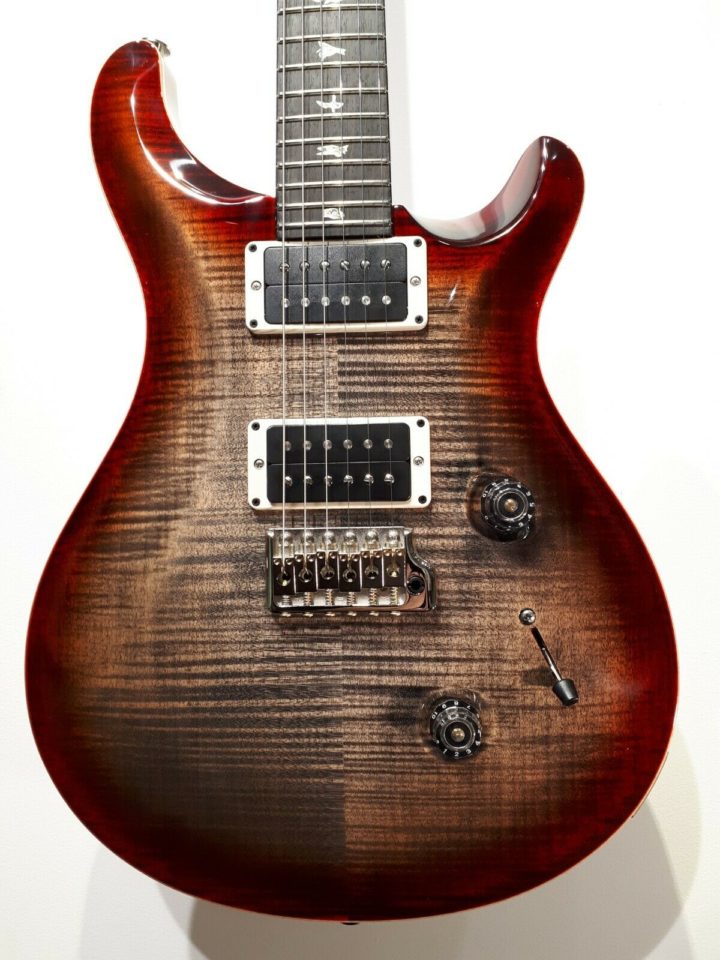 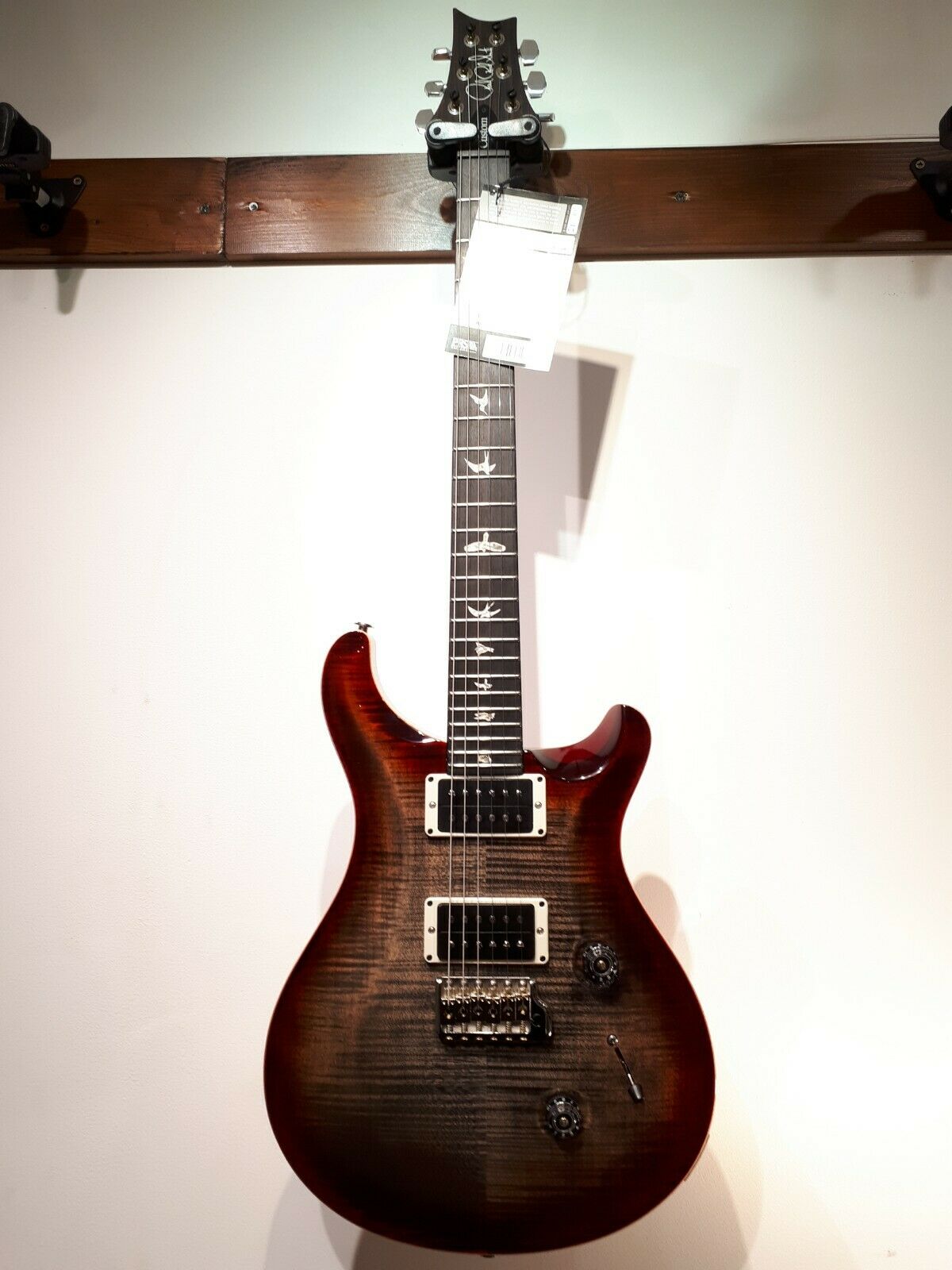 THIS IS AN EX-DEMO GUITAR, THE GUITAR SHOWS NO SIGNS OF WEAR AND IS IN “AS NEW CONDITION”

Decoding the title:
PRS – Paul Reed Smith, the manufacturer
Custom 24 – the model type. This design features a 24 fret neck and is PRS’s most popular design.
Charcoal Cherryburst (CY) – that’s the fancy name for the colour and the code PRS use to designate it.
Pattern Regular Neck – that’s just what PRS call this specific shape of the neck, other shapes available.
85/15 – These are the pickups.
#0276425 – is just the serial number which helps us identify your exact guitar

Summary (Chris says..):
Wow, what a beauty!! Sadly my photographic skills can’t do this guitar justice, it’s a real stunner.
Being 100% honest I personally think PRS are excellent value. Every single aspect of this guitar seems to have been precision engineered and well thought out right down to the screws that hold the back plate in. We love servicing these guitars too because they are such a joy to work on. Truly solidly built to last (My personal guitar is a PRS Custom 22 from 2005 and it still feels like new). Tone is rich, yet powerful with bags of sustain. Tuning stability is great and by great I mean way better than other mahogany bodied USA made guitars! The 5 way switch gives you instant access to a wealth of tone – from classic funky American single coil tones, to classic American fat seering humbucking tones.
Every single member of Guitar Mania currently has at least one PRS guitar, some have sevreal. Just about every member of staff that has ever worked at Guitar Mania has owned a PRS too – as soon as you play one you’ll want one, and there’s so many at so many diferent price points that we’re sure there’s one that will suit you.

Manufacturer’s Description
The Custom 24 is the quintessential PRS guitar. This iconic instrument was the first model that Paul Reed Smith brought to the public at PRS Guitars’ first Winter NAMM show in 1985 and has been a top seller ever since. Played by internationally touring artists, gigging musicians, and aspiring players, the Custom 24 features PRS’s patented Gen III tremolo system and PRS 85/15 pickups with volume and tone controls and a 5-way blade switch. 85/15 pickups were personally designed by Paul Reed Smith to offer remarkable clarity and extended high and low end. The Custom 24 is the original PRS. Since its introduction, it has offered a unique tonal option for serious players and defined PRS tone and playability.