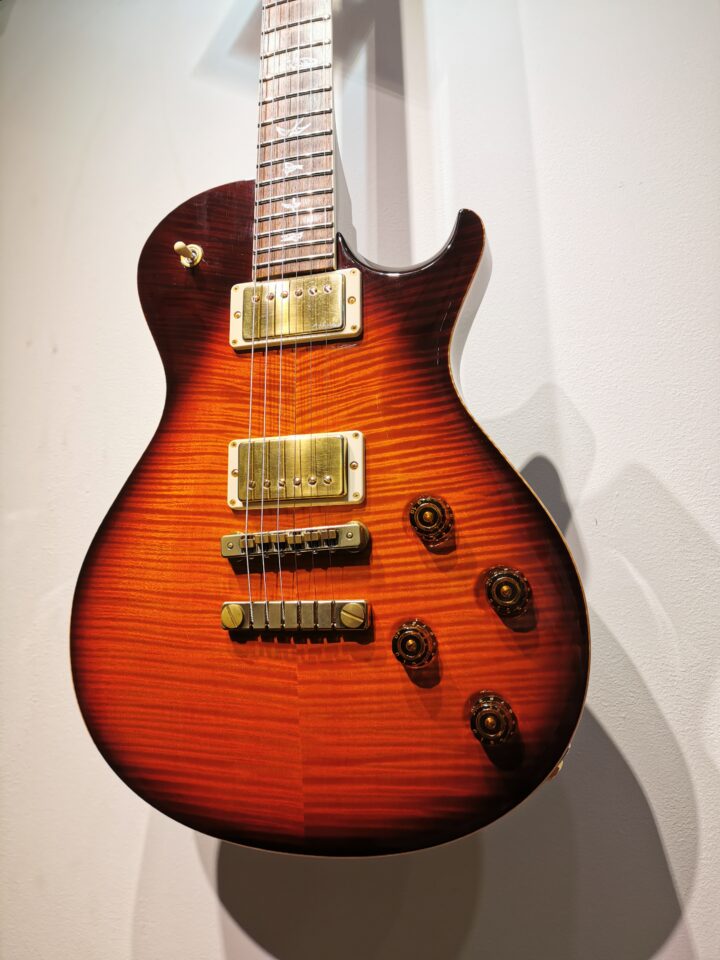 Here we have a jaw dropping SC-58 built in 2012 with the legandery 57/08 pickups! The paisley case is certainly a bonus too!

Summary (Chris says..):
Wow, what a beauty!! Sadly my photographic skills can’t do this guitar justice, it’s a real stunner. Being 100% honest I personally think PRS are excellent value. Every single aspect of this guitar seems to have been precision engineered and well thought out right down to the screws that hold the back plate in. We love servicing these guitars too because they are such a joy to work on. Truly solidly built to last (My personal guitar is a PRS Custom 22 from 2005 and it still feels like new). Tone is rich, yet powerful with bags of sustain. Tuning stability is great and by great I mean way better than other mahogany bodied USA made guitars! The 5 way switch gives you instant access to a wealth of tone – from classic funky American single coil tones, to classic American fat seering humbucking tones. Every single member of Guitar Mania currently has at least one PRS guitar, one plays PRS only, some have sevreal. Just about every member of staff that has ever worked at Guitar Mania has owned a PRS too – as soon as you play one you’ll want one, and there’s so many at so many diferent price points that we’re sure there’s one that will suit you.